Take Your Pants Off 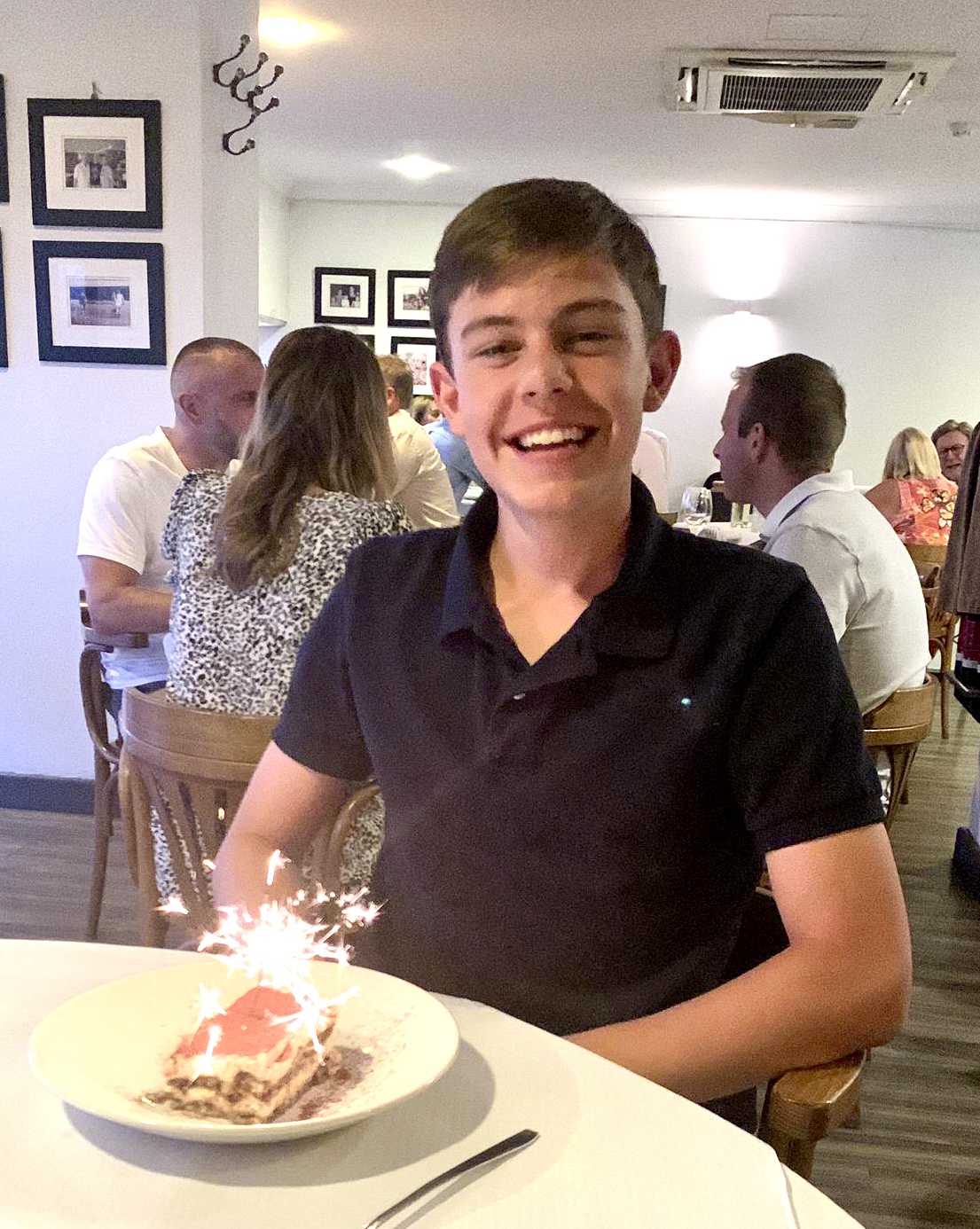 I saw the blood wash over our then 14-year-old son Wyatt’s neck, face, and ears. He turned to me wide-eyed with that look of horrified-awkward-embarrassment that is all too common for teens. That same look is often directed at me — due to some unwitting parental offense. I had a rare moment of Mom glee because I had been in his shoes before.

His reaction was understandable. We were at the orthopedic doctor for his repeated knee supplication. A painful yet common condition in adolescence where the kneecap moves out of place during impact exercise. The doctor assured us that the testosterone coming his way due to puberty would be the best treatment plan. For boys, testosterone is nature’s hormonal elixir for strengthening and tightening the joints, tendons, and ligaments which in turn supports their growing muscle mass. Contrastingly, girls’ tendons and ligaments loosen with the onset of puberty. This is the female body’s way of preparing for childbirth. Knee supplication for female tweens can be quite problematic and painful. I digress with the single purpose to point out that this is another example of why women have to work harder for muscle definition (insert mic drop here).

Wyatt’s real pain at that moment was due to embarrassment and surprise. After a pleasant initial conversation with the Orthopedic surgeon, he was unceremoniously asked to stand up and take his pants off. A very reasonable request given we are at a Doctor’s office, but, there’s more to the story.

On my first visit to this same Orthopedic clinic after tearing my meniscus in our second month of moving to Zurich. I hobbled into the Doctor’s examination room without realizing it was in fact, an examination room. It was a spacious room with a simple elegant design. Pristine white walls, big windows with ample light filtering through. The furniture was a mixture of light wood and clear glass with clean lines. Two minimalist chairs sat behind a gorgeous glass desk that was home to a state-of-the-art Mac monitor with a small sleek keypad. Miraculously, the power cords were tied with a uniformity that only the Swiss can achieve. The office walls housed no anatomy posters or framed diplomas. Only a single minimalist screenprint adorned the west wall. The only other decor hinting it was a medical office was a small-scale anatomical human leg model that sat on the paperless glass desk. Off to the side sat an examining table that looked of Scandinavian design. Quite a contrast from the huge clunky American exam tables with their odd drawers on the side, built-in ladders with steps that no adult foot can fit on, and the cumbersome roll of cootie tissue paper that buffers your behind from the pleather. It’s a futile buffer because the minute you sit on it — it twists and tears. This exam table was so remarkable by its utilitarian elegance that it was unremarkable – my eye initially passed right over it. The same must have been true for our son.

The waiting room offered water bottles (still or gas), fresh-cut flowers, and a selection of glossy European magazines to peruse. All of this elegance and civility puts patients at ease. It felt as though I were going in for a spa treatment. There’s no rushing about. The waiting lobby is calm because the norm isn’t to cram the appointments in one after the other. When my doctor rose from his desk to retrieve me from the lobby, I didn’t know he was an actual doctor because I was so accustomed to a nurse or medical technician guiding me to the exam room, telling me to take off my clothes and sit on the massive aforementioned exam table only to wait on 30 minutes disrobed and cold until the doctor knocked and entered the room.

During my visit, when it became obvious that the man retrieving me from the pleasant lobby was in fact, the doctor. I joined him as he invited me in to sit down on the other side of his lovely desk. He asked me where I was from and if I prefer he spoke English, Swiss German, or High German. I explained in my very best bad High German that while I was new to learning the language, medical terms were still quite difficult for me to comprehend. My pride got the best of me – all German was difficult for me to understand, but given the circumstances, I was feeling more sophisticated than usual, so I bent the truth.

Both my son and I had very similar experiences up until this point at our respective appointments. After being welcomed into the aesthetically pleasing and disarming office, an initial conversation ensues about the presenting medical problem. It felt more like a cordial meeting than a doctor’s appointment. At my son’s visit, the doctor sipped a cappuccino in a gorgeous clear glass that showed the boundary line where the espresso and steamed milk met. The doctor was warm, spoke perfect English, and listened intently as my son shared the specifics of his recurring knee problems. Then, after a few follow-up questions, the Doctor said,

Cue the horrified-awkward-embarrassment look at the beginning of this story. There was a slight hand motion from the Doctor to go to the exam table just a few feet away. It was now evident that it was indeed an exam table. The doctor stayed at his desk. Wyatt sat frozen staring at me. I nodded (glee still hidden) and motioned toward the exam table. Wyatt rose from his chair and took two steps walking backward so as not to turn his back to us. He began to pull down his athletic pants in super slow motion. His affect appeared to be a combination of uncertainty and a frantic search for a bathroom or screen to hide behind. When he realized – this was it! Disrobing commences now! He pulled his left side down and then a little more on his right. And, so on and so forth until his pants were at his ankles and he looked faint. At this point, his humility getting a workout — I offered him some help and said, “I’ll take your pants and you can get on the table now.”

I have talked to many of my American ex-pat friends living here and all have shared similar funny stories of their first Doctor visit in Switzerland. The scenario is mostly the same: clean, simple, aesthetically pleasing offices, an organized and tranquil lobby, a cordial medical conversation with the doctor, followed by an instruction to disrobe right then and there. Often, with whoever is in the room with you. I had a procedure where I was given in a steroid shot for my knee and the medical technician and Doctor were standing in front of me as I disrobed for the shot. The same for massages and physiotherapy. Just take your clothes off and get over it, dammit!

I’ve come to my own hypothesis about how this cultural difference plays out in a medical setting. It goes something like this… Europeans, in general, aren’t very modest when it comes to nudity. And, the Swiss are incredibly practical and timely, so perhaps the two norms together mean that the extra time to have each person disrobe in private for five to ten minutes is impractical and obviously, unnecessary!