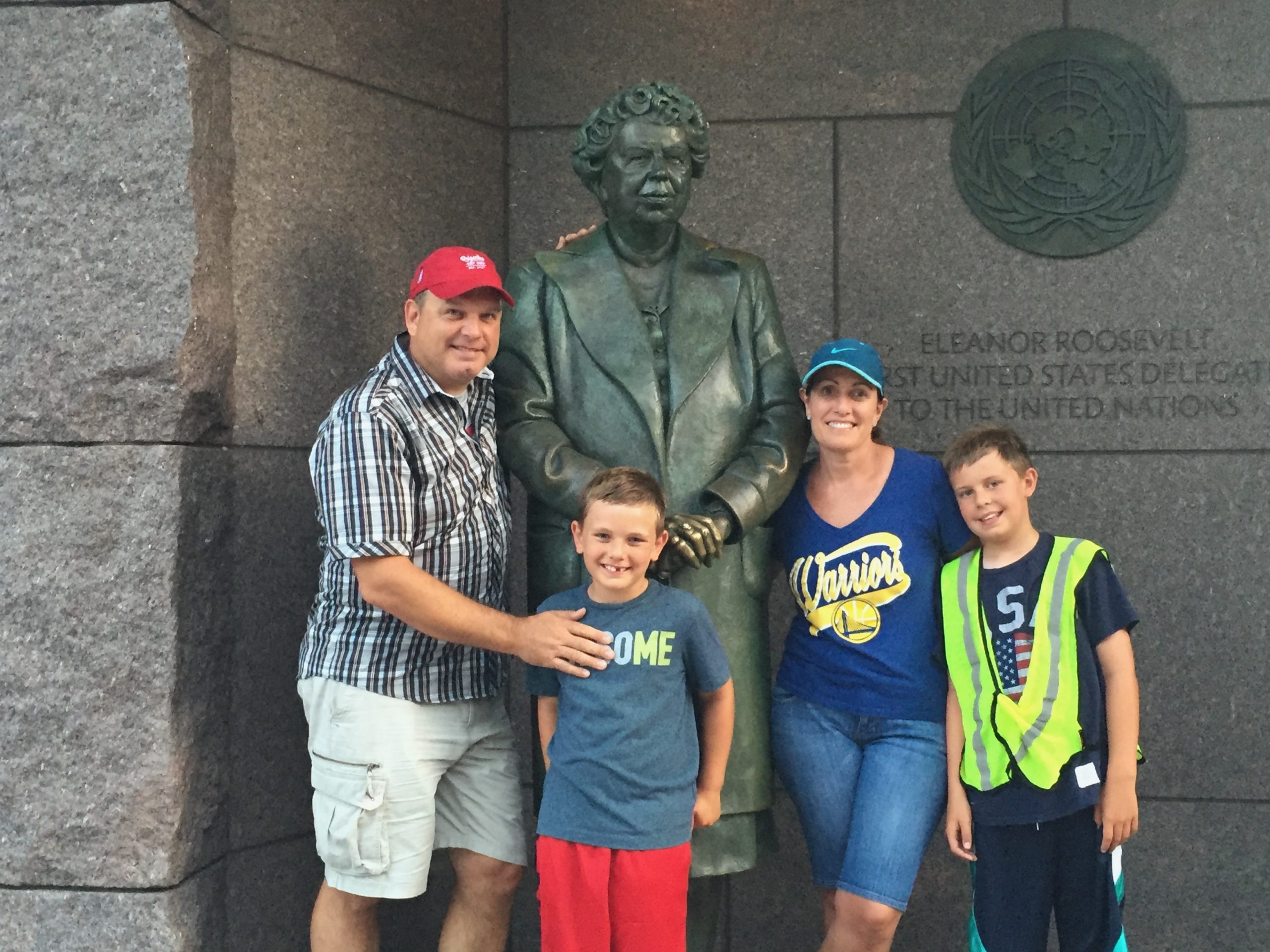 I was in the 5th grade when I first heard the saying,

At ten years old, this phrase was profound. I had never considered the quality of my conversations! Hearing the quote inspired me to be someone who talked about ideas.

Though the quote’s origin is unverified, it was First Lady, Eleanor Roosevelt who popularized the provocative phrase. It’s her birthday on October 11th. Eleanor, as I refer to her in my private conversations, has for years, been in my top three people whom I would love to go back in time to meet. I feel as though I have known her all my life.

Eleanor was introduced to me at a young age by my father. My Dad was born in 1923. From age ten until 25, Franklin D. Roosevelt was our country’s President and Eleanor, our First Lady. I remember hearing a lot about the Roosevelts. My parents, who were interested in politics, often spoke of them with high regard. FDR served four terms — the longest-serving President in US history. Many critical events that shaped our country’s history on the world stage like the Great Depression, World War I, and World War II, occurred during his Presidency.

As much as my father talked about FDR, he equally mentioned Eleanor.

He told me that she held press conferences where only female reporters were allowed to attend. One particular memory I have was a comment he would make repeatedly in a solemn tone that ‘the world was a better place because of Eleanor Roosevelt’. He was referring to her work with the United Nations. After FDR died in 1945, she played a prominent role in shaping human rights. Eleanor was influenced by the destruction of World War I and visits with Holocaust survivors after World War II. She became a passionate advocate for basic human rights — for everyone.

In high school, for an assignment, I wrote about Eleanor’s work as Chairman of the Human Rights Commission with the then, newly formed United Nations. She was appointed by President Harry Truman as a member of the first U.S. delegation. The Human Rights Commission was a big deal and hard work. It was not an easy task with member countries such as Russia, Cuba, South Africa, and the United States at the table. All had to agree on the not-so-basic ideas of the protections and rights of others. The Commission successfully created a Universal Declaration of Human rights that would serve a template for human equality for decades to come for UN countries.

Eleanor was born into a family with means but had much tragedy in her life.

She lost her mother when she was eight, and her father two years later when she was ten. Her brother died of polio. When she was two and a half years old her family was on the Britannic when it collided with another ship in fog and she was lowered into a lifeboat and taken to the other ship. She was traumatized by the incident and would not travel by sea again. In her teens, she was sent to boarding school in England and credited that experience and a female headmistress there with growing her confidence. It was remarkable that a First Lady of the United States before the 1950s took on an active role in her husband’s political career and would then move on to an even bigger world stage and use her influence skills and knowledge to work for the rights of others.

In college, Eleanor appeared a few times, most notably in a Woman Studies class. Also, in my Psychology studies via Abraham Maslow. Almost everyone who has had an ‘Intro to Psych’ class remembers Maslow’s Hierarchy of Needs. Maslow used the lives of Eleanor Roosevelt and Albert Einstein to understand what made highly motivated people tick.

In my 50s now, I am even more grateful for Eleanor Roosevelt. She has influenced my thinking and inspired some of my decisions in life. At a few junctures in my life, I have drawn on her for inspiration and asked, “What would Eleanor do?” She encourages me to make bold decision, to stick up for the less fortunate, and treat others with respect and dignity.

Eleanor Roosevelt was an advocate for the civil rights of African-Americans, laborers, women, children, and those less fortunate. She would certainly be an advocate for LGBTQ rights today and other social justice causes. She would be on the front lines of the Roe vs. Wade overturn. Reminding all that women should have the right to make their own decisions about their bodies. She firmly believed that all lives were valuable and would be an advocate for pro-life as many abortion rights people are. She could hold the duality and help people understand that pro-life is the protection of all human life – not just the unborn. So, with Eleanor’s birthday approaching, I’d like us to all find our inner Eleanor and recognize that the way we treat each other is the cornerstone of our integrity as a country. Human rights begin close to home.

“Where, after all, do universal human rights begin? In small places, close to home—so close and so small that they cannot be seen on any maps of the world”